We know dogs have emotions and form bonds with us; however, sometimes human-animal attachments seem broken, or worse, unable to develop. Today, we will explore the various reasons why this happens, but more importantly, how can we change an insecure emotional attachment into a secure one. 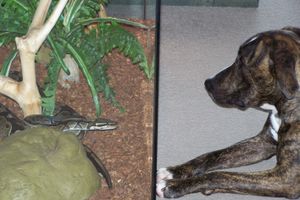 John Bowlby was highly influenced by Konrad Lorenz when he decided to research and discuss attachment theory in the late sixties. His model proposed three attachment outcomes: secure, avoidant, and resistant. During the same time period, Mary Ainsworth added a research method to assess different forms of attachment, she called it the Strange Situation Classification. Her conclusion gave way to three types of attachment styles: secure, insecure avoidant, and insecure resistant.

Although similar, Bowlby focused on attachment as a fixed action pattern (FAP), whereas Ainsworth focused on acquired emotional connectedness. Both psychologists contributed to our understanding of attachment, but what about the human-dog bond? Can we form secure or insecure attachments with dogs? When you read the following definitions, simply replace the word infant or children with the word dog and see for yourself. I purposefully omitted sources to help readers make a non-scientific judgment.

If you believe these attachment definitions apply to you or someone you know, you are not alone. Most dog owners fall under one of these attachment styles. The good news is we can change insecure attachments to secure ones because dogs are cognitively and emotionally eternal infants, so to speak. 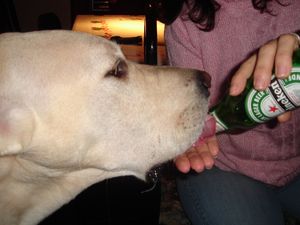 Insecure Means Behaviour Problem
When dogs exhibit undesirable behaviours, the problem often resides in an insecure attachment. The important thing to know is behaviour cannot be modified if the human-dog team has an insecure attachment; therefore, dog professionals will assess and address attachment issues first. Remember the Social-Cognitive article? We need to change dysfunctional units into functional teams through social-cognitive exercises before we can address the behaviour problem. Attachment functions in the same way.

To help you grasp the idea further, imagine you are in the kitchen and your dog rolls his ball under the couch. Your dog barks or runs back and forth from the couch to you. You realize something is wrong and investigate. You then see the dog heading to the couch and bark at it. You quickly understand there is something wrong. You bend over, see the ball, and grab the toy with your extremely long paws to solve your dog's problem. If you see yourself in this situation, kudos, you have a secure human-dog attachment.

Secure or insecure attachments are neither good or bad, they are what they are. I see attachment issues as tools to help us understand how dog behaviour evolves and why. As the old saying goes, once we recognize the problem, half the work is done.

P.S. The beer bottle contained water. I use this image to visually represent behaviour problems.