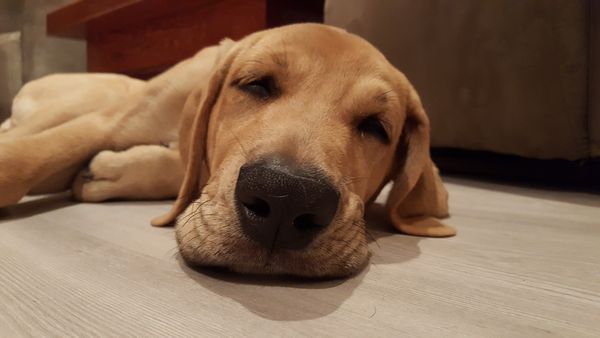 "The Old Danish Dog's history can be traced back to Frederik II and Christian IV. The King fell in love with King Jacob I's English Mastiff during his visit and the breed was immediately imported to Denmark in the middle of the 16th century.

The breed was crossed with other large breeds during this period. However, in the 19th century, the Old Danish Dog was about to die out. Master of the Royal Hunt Niels Frederik Berhard Sehested of The Broholm Estate on Fyn managed to re-establish and re-breed the Broholmer. He gave the Broholmer away to people who wished to own this breed - but with the clause that the dog was to participate in the future breed.

The source is taken from The Broholmer

Colours:
Yellow with a black mask, red gold or black, preferably with white on chest, paws and tail tip. 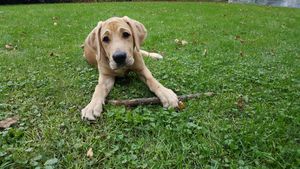 The work and the history of the reconstruction of the Broholmer have their own story. On a late-night back in the year 1973, a group of dog lovers from DKK was gathering to talk about dog breeds and the almost forgotten breeds. One of them remembered the Broholmer from his childhood but what had happened to this breed, did it still exist?

None of them had seen the dog for years, but some of them had heard that there were very few samples left in Denmark, despite the rumours that the breed had died out. These thoughts and memories of the dog from their childhood became the foundation for “the Reconstruction of the Broholmer”. The breeding was supervised by DKK. 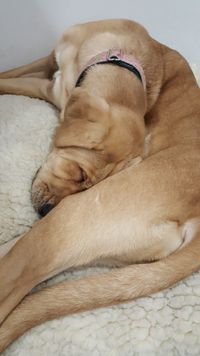 First, the group had to find a specimen of the breed and a huge search was initiated in all Denmark newspapers. A lot of people reported that they knew of owners or owned a Broholmer-look-alike dog, but the problem was that DKK had stopped the pedigree registration of the Broholmer back in 1910. This made finding a “real” living Broholmer almost impossible because there was no registered Broholmers.

The group knew that there were many Broholmer-look-alike-dogs but now they had to find good breeding material. The many contacts with dog owners resulted in two possible candidates: an old yellow male, called Bjørn and the old black Manne, also a male. Both males had, of course, managed to pass on their genes naturally and thus the black Manne had had a beautiful yellow grandson called C. Bastian, who had the correct Broholmer look.

Thus they started breeding with these 5 dogs, but with 2 pedigree lines. After a short while, they had to face the fact, they needed “new blood”. They received a female from Holland - ½ Spanish Mastiff and ½ English Mastiff. The puppies, who were born during the reconstruction work were given to people, who agreed to help the reconstruction by placing the dogs at the group’s disposal. 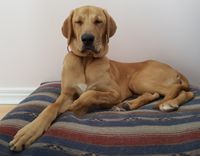 Unfortunately, not all dog owners were willing to keep their promise. There were still more yellow dogs than black dogs; therefore, a big loss was suffered when they lost Manne in 1980 when he died of old age. The work of the reconstruction continued and a milestone was reached when in 1982, the Broholmer was acknowledged by the FCI (The International Association of Kennel Clubs ) under the reconstruction by DKK. In 1988 the Broholmer was internationally acknowledged as an “old Danish breed” and the Broholmer Society was now able to lead the breeding itself and future Broholmer litters could be pedigreed in a normal way.

The source is taken from The Broholmer